Customers and clients are smarter than even they think they are. They pick up on semiological signs without even knowing what semiology is. The human brain is hard wired to search for patterns, themes and common threads. More often than not, that is a visual search. The eye recognizes similarities and the mind remembers them, assigning a value to the different associations it stores away for later recall. The human brain also notices when things are almost alike. There is a subtle jarring effect when the brain thinks two things should be alike but finds they are not. It’s bothersome and it lurks in the back of one’s mind like a micro-splinter in a fingertip. This is what consumers find irksome when they encounter design inconsistencies. They may not know, or be able to articulate, what’s bothering them but they know something is wrong with this picture. When that happens, they devalue the thing they’re looking at. That devaluation happens in the background without the observer even knowing it’s happening. That’s why it’s so important to hire the very best designers one can – and to insist on design consistency across every customer touch point. Inconsistent design translates, in the consumer’s mind, to an inconsistent product or service.

I recently was in conversation with the president of a packaged food company. We were discussing his brand, its brand identity and its history. His parents bought the company in a distress sale during the Great Depression. They kept the brand name and slowly built the company up, passing control along to their son along the way. Over that time, many subtle variations were made to the brand’s wordmark. But, after each iteration, they failed to discard the previous version. After 70 years in business, there were at least half a dozen variations that I could see just standing in the man’s office. I mentioned that, once we were working together, one of the things we’d need to do is eliminate the inconsistencies in the word mark, to which he replied, “What inconsistencies?”

This is a common ailment among business owners: being too close to the paint to see the painting. It’s nobody’s fault. It’s just that this man had spent decades with his logo, first as child growing up in the business, then as an adult running it day-to-day. It’s like when you see your kids every single day you don’t notice how they change. But when Grandma visits, all she sees is how big they’ve grown. It’s amusing inside the family. But, in business, this is actually quite a big problem.

The business is the singular most important consideration in the business owner’s life. The owner lives and breathes the business. But the business does not play that all-consuming role in anyone else’s life. Frankly, the market doesn’t pay that much attention, not even devoted, repeat customers. Everybody else is more like Grandma coming for her annual visit. They notice the changes the business owner doesn’t see. Then their minds start to interpret what the inconsistencies mean.

Ask Boardwalk to design a consistent brand identity
for your business, product or service.

People will claim they don’t “see” good design. They will claim to be unaffected by it; that their buying decisions are based purely on logic and reason. But it’s been shown, again and again, that purchasing decisions are emotional. And even to total Philistines, beautiful design, consistently integrated into every aspect of the business, is valued. Clumsy design, applied erratically is devalued.

So, when setting up your business, remember to set aside a decent budget for design. Don’t think of brand identity as an expense. Think of it as the investment it is. It is a vital component to your marketing and it should be treated as such. And, if you’re working with a mature brand that’s gone through one or two refreshments over the years, please stop using old versions of your logo. To you they may seem like subtle variations that no one will notice. But to others they are jarring evidence of indifference. The market does not reward indifference.

PS – Why is this article illustrated with a photo of I.M. Pei’s grand entrance to the Musée du Louvre in Paris? Because I was trying to think of an example of beautiful design and this pretty much tops my list. When the glass pyramid was first proposed in 1983, it was almost universally panned. Today we regard it as one of the crowning architectural achievements of the age. Very often, great design requires great courage.

Amazon disaster fires up pressure from Patagonia, The Body Shop and Ben & Jerry’s
Brands of the World, unite! Brands are leaning on each other, now, to do the right thing.

How New Disruptive Consumers Are Buying Brands
They don’t just want to buy from you. They want to engage and interact with you.

KFC is going to sell plant-based fried chicken
OK, but if it’s not chicken, what is it? Plant plus what? And is it any better for you than KFC? Any better for the planet?

How Brands Can Shape Positive Customer Feelings
The most important question a business leader could ask is, “How do we want our market to feel about us?”

New Logo, Identity, and Packaging for Jacobsen
Old guys rule! Seriously, great brand design. And I agree with the author that the new wordmark is particularly tasty.

The THX Deep Note Explained
Speaking of audio branding … be sure to watch the short video after the trailer.

When a Southwest Airlines Flight Was Delayed, Passengers Got Increasingly Frustrated. Then the Gate Agent Did Something Remarkable
This is why Southwest, with all their current problems, is still one of the most beloved brands out there. They let their people do their jobs. 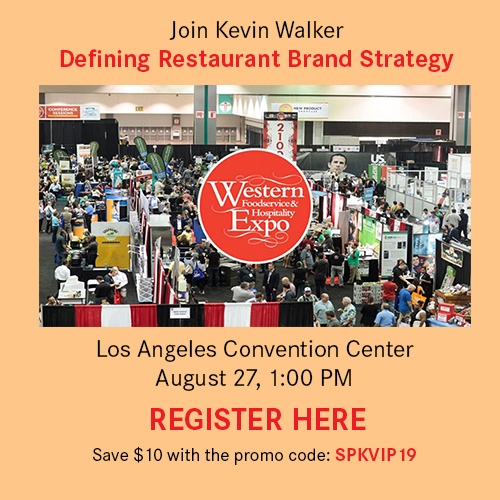