Taking a Brand from Wholesaling to Etailing The internet really messed things up. Talk about disruption. We’ve been living with it for a quarter of a century and its still changing the way we live and do business. It’s made us smarter, more effective and faster, if not better, communicators. We wonder how we ever lived without it. But it also facilitates change at a rate that is difficult for the human mind to follow, inducing doubt, fear and outright terror. Take the case of the humble wholesaler.

We all know that the internet is torturing the retail industry to death. Ecommerce is ubiquitous. All the bugs have been worked out. Remember when you bought your first Christmas gift online and it finally arrived in March? That doesn’t happen anymore. And retailers see that younger generations of shoppers will have little time or use for driving to a store to buy something. That’s why they’re changing the shopping experience into more of a social experience. Now, you have community rooms, coffee shops, even whole restaurants inside stores. They want you to have fun while you’re there.

Unless, that is, you’re wholesaling to them. Then, they want you to feel their pain. The other way the big retailers are hanging on is by squeezing their suppliers, forcing them to accept slimmer and slimmer margins. Now, there’s a practice called “markdown money”. Let’s say you’re selling a million dollars worth of sweaters to a large department store chain. The store determines they need to make 46% profit on those sweaters. They mark them up 300% and sell a few at that price. Then they reduce the markup and sell a few more, then again and again until the sweaters are sold out. They do the math and, if they’ve netted $460K or more, fantastic. Everyone’s happy. But if they’ve only made $400K, they come back and hit you up for the remaining $60K. Markdown money? More like shakedown money.

In the light of this unsustainable business model, many manufacturers are moving away from wholesaling and getting into ecommerce themselves. They’re going straight to the customer but that requires an entirely new way of doing business. That requires an attitude adjustment. That requires a brand reset. But, when the manufacturer decides to approach the end user directly, he quickly learns that he needs a much deeper understanding of his market. He needs to understand the drill purchase in a wider context. What does this drill mean to the buyer? What is important in the buyer’s life?

After some study, the manufacturer comes to realize that the buyer never really wanted the drill. What the buyer really wanted was a hole, bored to the correct width and depth and placed in exactly the correct spot. It just seemed, to him, that a drill was the best tool for putting a hole there. In the future, there may be more advanced hole-generating technology. (Hey, you never know where the next disruptive innovation will show up.)

But, of more immediate importance, the manufacturer has to develop a retailer’s relationship with the buyer. To do this, the wholesaler/etailer needs to start a conversation about drilling holes, cutting planks, driving nails and related subjects. He needs to make his ecommerce site a destination for drill buyers, a place where they can get answers, not just about drills, but about all the questions they have surrounding the projects they take on that require holes. They need to encourage participation and exchange of knowledge. They have to know their buyers’ emotional triggers. They have to anticipate the buyer’s every want and need.

US Retail Brands Are In Turmoil, And it’s Not All Amazon’s Fault
The squeeze on retailers goes on. See this week’s blog post, here.

Diane von Furstenberg Taps Jonathan Saunders to Refresh Brand
Agree with DvF: The rag biz is about to get even more cut-throat.

Some of that Jazz
The NBA's Jazz go back to their old logo. How does that make sense?

3 Popular Approaches To Brand Change Defined
Most people only want to go through a rebranding once in a lifetime. 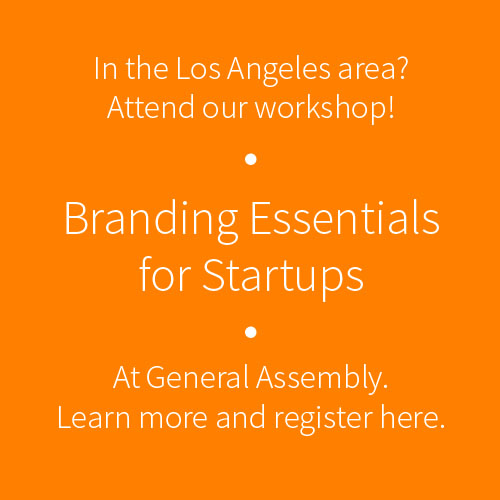