How To Build A Brand With Sound 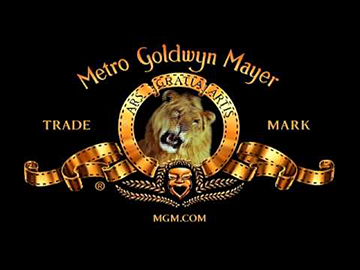 In the ancient, old pre-internet days, only a few brands were able to use sound as part of their brand-building efforts. They all had to be either on TV or up on the silver screen. I’m thinking of sound signatures like the roar of the MGM lion, the Avon-calling doorbell or NBC’s three-note chime. Advertisers made frequent use of jingles. “Winston tastes good like a cigarette should.” just popped into mind. It has to be about 40 years since I last heard it but I remember it well. (Kinda scary.) In today’s world every business is on a screen somewhere. So there’s really no excuse to overlook sound as an important part of any brand identity system. Sound signatures, music, even background noises can all be used to augment a visual identity system and boost memorability. It’s a fun and mostly inexpensive way to build and maintain brand awareness, keeping the brand at the top of its market’s collective mind. Moreover, these sonic tools are not even on the radar of most businesses. So they can serve as very effective differentiators. That is, until everybody starts doing it. But by that time, your signature sound will be as memorable to your market as those old jingles are to me. Let me share one example of how it can work.

END_OF_DOCUMENT_TOKEN_TO_BE_REPLACED 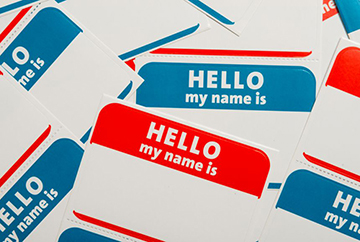 Entrepreneurs are creative people. They can’t help themselves, they just are. The first thing an entrepreneur creates is a business idea. Whether it’s a product or a service or just some new, improved way of delivering everyday benefits, the idea pops into his or her head and they just run with it. Very often, the second thing entrepreneurs create is a name for their new enterprise. This means that the business idea is only a day or so old and, already they’re making a branding error. I say that with some assurance because most entrepreneurs have no instinct, training or experience in naming things. But they’re creative, right? So they barge ahead without ever thinking of seeking help with what can turn out to be a life or death decision for the brand. 99% of them are going to name their brand the wrong way, make a mistake, and then spend the next five years paying for it. The wrong name can shackle a brand and force it to swim upstream. Try marketing anything when the target market is unenthused or, worse, turned off by its name. Even if the startup brand does get off the ground, it may be too late to rescue the situation by the time the entrepreneur finally owns the naming mistake and seeks professional help. There are so many rookie mistakes that business people make, we can’t address them all. But I’d like to share three all-too-common clunkers that can make a brand a loser before it even gets out of the gate.

END_OF_DOCUMENT_TOKEN_TO_BE_REPLACED 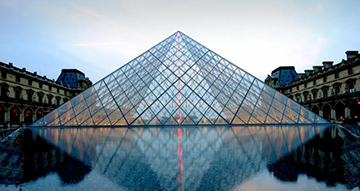 Customers and clients are smarter than even they think they are. They pick up on semiological signs without even knowing what semiology is. The human brain is hard wired to search for patterns, themes and common threads. More often than not, that is a visual search. The eye recognizes similarities and the mind remembers them, assigning a value to the different associations it stores away for later recall. The human brain also notices when things are almost alike. There is a subtle jarring effect when the brain thinks two things should be alike but finds they are not. It’s bothersome and it lurks in the back of one’s mind like a micro-splinter in a fingertip. This is what consumers find irksome when they encounter design inconsistencies. They may not know, or be able to articulate, what’s bothering them but they know something is wrong with this picture. When that happens, they devalue the thing they’re looking at. That devaluation happens in the background without the observer even knowing it’s happening. That’s why it’s so important to hire the very best designers one can – and to insist on design consistency across every customer touch point. Inconsistent design translates, in the consumer’s mind, to an inconsistent product or service.

END_OF_DOCUMENT_TOKEN_TO_BE_REPLACED

OK I admit it. When Google first came on the scene, I really hated their logo. Decidedly ugly, it looked like it had been unwillingly designed by an engineer with no time and even less taste. (Sorry Larry Page, but I guess, today, even you would agree.) Hideous font, bad kerning, childish color palette … and that drop shadow! Yikes! So many bad design decisions. That logo, shown here, was already Google’s third in two years but it is the first one most of us saw. Then, over the next seventeen years, Google changed its logo six more times. In 1998, they introduced the first Google Doodle, which to my “expert” eyes, was another no-no. And then, with their last change, in 2015, they finally adopted a professionally designed, full-scale, visual identity system complete with wonderful animations. (Below) Now Google shines as a perfect example of a fluid identity system. I wrote about those on June 17. But it’s also an example of a serious technology company adopting both a playfully wacky name and a playfully wacky design aesthetic. That’s a trend we’re seeing more and more these days. Question is: Should everybody hop on this bandwagon? No. Right? Well, maybe.

END_OF_DOCUMENT_TOKEN_TO_BE_REPLACED

Should Your Brand Identity Be Rigid or Fluid? 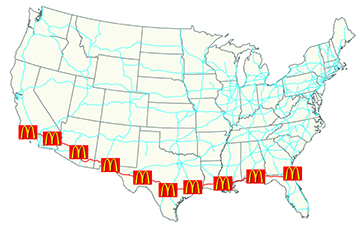 Back when I was first getting into the branding biz as a graphic designer, best practices insisted on a pretty rigid approach. A business should have one logo, one corporate color, one everything. And everything should be applied in exactly the same way, in every circumstance, every location. At the time, once a company was so branded, it was thought it would stay that way forever. Once it was done “right”, why should it ever have to be addressed again? Of course, times change, companies change and aesthetics change. So, of course, even legacy B2B brands like IBM and General Electric have, from time to time, adjusted their brand strategies. They’ve updated their corporate identities even more often. They do this to stay fresh and relevant in the eyes of their markets. Then, in the ‘80s, MTV introduced what would be known as the first identity “system”, one logo that was illustrated in countless ways. Breaking all the norms, MTV proved that a visual identity could be a living thing; it could change day to day and even have different moods. Today, many other visual identities are alive in that sense. There really are no rules anymore. That sets up an exciting environment for visual expression. But it’s one that can be damaging to many companies that aren’t prepared to manage the ensuing complexity.